Hello Sober World, how ya doing?


I've been busy busy with work upheavals (just don't even ask) and cooking batches of soup, casserole, curries and cakes for two families after my brother had a serious operation last week (my SIL doesn't cook).

I have been quietly working through some sobriety thinking though, and  - ta-da-da-da-duuuuum - I've told a few more people that I've given up drinking.

It's a bit of a weird thing to say, isn't it? 'Oh hey, guess what? I stopped drinking!"

I said it on the phone this morning to my wonderfullest friend J.  She and I have both stopped drinking before, and tried to stick to AFDs and switch to spritzers, or shandies, or alternate wine with water. We gave up together a couple of times, egging each other on to stay strong (I think we almost made it to 10 days once - and that was with free-drinks allowed for the weekend!)

But there it is: I told her I'd stopped and she, gorgeous creature that she is, asked some really sensible questions and we were in the middle of a really good chat about the how and why of this Big Decision when I spotted Naughty Puppy chuffing up the driveway to inspect the chooks at the front fence and I had to bolt (we live on an acre block so it's a short jog but not conducive to conducting phone conversations at the same time). 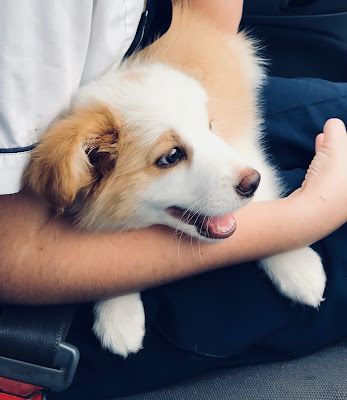 Ms Maggie's adorableness makes it easy to forgive her anything, even having to run up a muddy driveway in my PJs home office clothes, dumping phone and friend along the way.

So back to sobriety, and I'm fairly sure the three co-residents (the younger teens and the Prof) of my house have made a pact not to talk about me not drinking.  Either that or they really are all as oblivious to me as I have occasionally suspected. But no, I think there's a pact.

No one has said anything to me about the lack of wine and the Twenty Zillion new ways to drink fizzy water I'm displaying each night. And I'm very ok with that. I'd like this to just keep ticking along until at least the three month stage before I really talk about it to anyone other than my aforementioned bestie, and my 500+days sober friend, and perhaps my doctor.

Still. It's weird that none of them has even looked at me sideways. 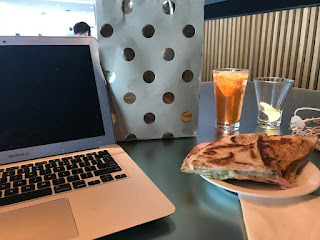